Do you need Removals Services in Matlock? 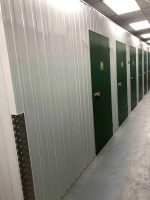 Your information is 100% secure

If you are unsure of move-in details or length of stay, just pick an estimate. You can change it later.

Find Self Storage Units in Matlock

If you are planning to relocate from your place to Matlock, then you already know that it won’t be easy. Moving everything from one place to another, then having the rigid task of arranging it all over again can be time consuming and absolutely tiring. So if you are considering to avail storage units in Matlock to minimize the stuff you will have to unpack, you came to the right place!
WhatStorage is an online platform that lets you see a range of selections of storage units in and near Matlock. And because of its search filter tool, WhatStorage grants you the access to all the storage units across the UK while letting you choose the storage space that will suit your interest!

How Does Self Storage in Matlock Work?

To start, you must know that each city has varying rates. So, before entering Matlock’s storage market, we gathered information to let you understand the area, and what you must keep in mind.
The town of Matlock in Derbyshire is situated at the edge of the Peak District National Park and has gained the nickname “Little Switzerland of England”.. It is well-known due to its rocky hills and splendid valley and was once famous for their Victorian spa and the hydropathic treatment they offer during the 1800s.
Some attractions of the town include the Hall Ley Park, whcih is known to be one of the best parks in the UK and it welcomed its 11th consecutive Green Flag Award in July 2018. The panel was impressed by how the park’s landscape was designed and how its facilities were managed. On a side note, it offers free WiFi! A theme park named Gulliver’s Kingdom is also an attraction for families with children. In addition, Matlock presents the staggering view of Derwent Valley by riding the cable cars near Matlock Station and traveling to the Heights of Abraham.
Matlock also has local stores and restaurants that allows people to feel the warmth of home whilst promising a full tummy. Sara’s Snug, a local café across Hall Leys Park and Chips with Everything were recognized due to their variety of meals, and their accessible spot.
Matlock’s close distance to M1 motorway, which links the rest of midlands and the broader motorway network, enhanced their reputation. The population of Matlock is estimated to be 15,000 or more. Admittedly, residents are warm, and community-minded people and are considered as vital for the town. To add, it said that Matlock has good quality medical, social, education and commercial services.

Compare Storage Units Near Me

With the said facts above, hunting for affordable storage units in Matlock can be a possible task! But, you should be aware that it still has factors that may impact the rate of the storage units such as its size, distance, popularity, and features. However, WhatStorage’s purpose is to make things rather easy for you by letting you compare storage units and find the best possible deal you can get! To help you with your move, hire a Removals company in Matlock.

Still looking for the right storage?