Moving To Sheffield: A Guide 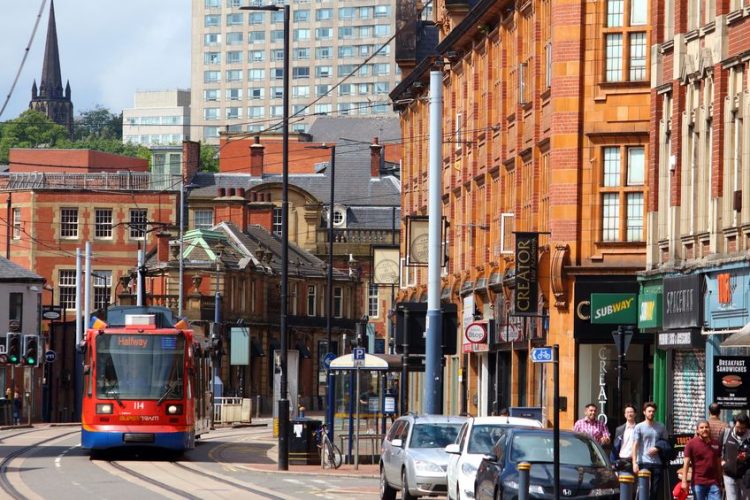 So, you’re thinking of moving to Sheffield? Well, you’ve come to the right place! As you may already know, moving is an extremely difficult task. After all, it means a lot of packing, a lot of planning, and most importantly a lot of changes in your day-to-day life. That is why it is important for you to get to know as much as you can about the place you’re moving to before you actually make the move. While there will still be a lot of changes that you will have to undergo, you will be better informed about the economy, the customs, and the culture of your new home. So, to help you get a feel of Sheffield, and to help you decide if moving to Sheffield is indeed for you, we’ve come up with a short guide on one of the UK’s greenest and most populous cities!

A Brief Overview on Sheffield

Sheffield is a city and metropolitan borough in South Yorkshire, England. With almost 580,000 residents calling it home, Sheffield is the fifth most populous city in the UK. With two major unis, namely the University of Sheffield and the Sheffield Hallam Universtiy, residing in the city, it has become a centre for students and fresh graduates who have yet to make their way into the real world.

The youthful vibe of the city shows just how much it has evolved from being the Steel City of the UK. This however, does not mean, it has turned its back on its steel-making roots. In fact, the steel heritage of Sheffield has only grown stronger with the city’s commitment to adding value to their products. In the present, all major steel manufacturers in the city have taken the lead in developing new techniques and producing specialty steel products.

So thinking of moving to this beautiful city? Make sure you get to check out our partner Removals and Man and Van in Sheffield to help you out.

The living costs in Sheffield is thousands of pounds cheaper than living in other major cities like Manchester or London. According to Numbeo, the latter is 205.02% more expensive when it comes to housing and rent as compared to Sheffield. The values below illustrate just exactly how much housing and rent in the city would cost: 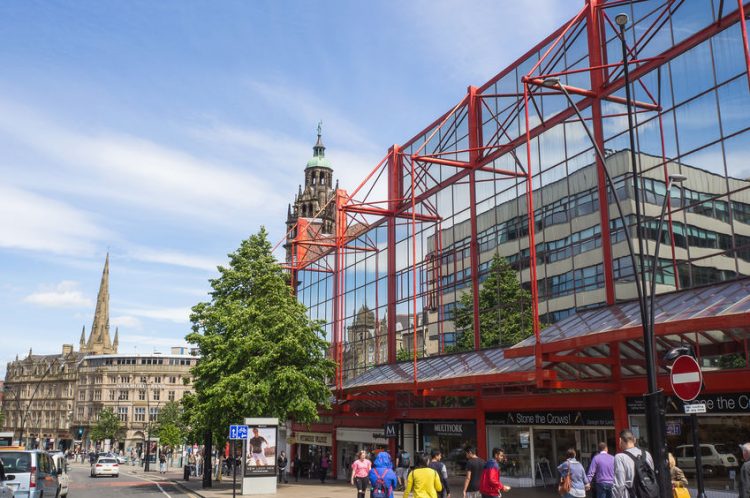 As of March 2020, you would need an estimated amount of £2,808.74 in Sheffield to maintain the same standard of life that you can have with £4,700.00 in London. The values that follow further illustrate the difference between the living costs in Sheffield and in London: 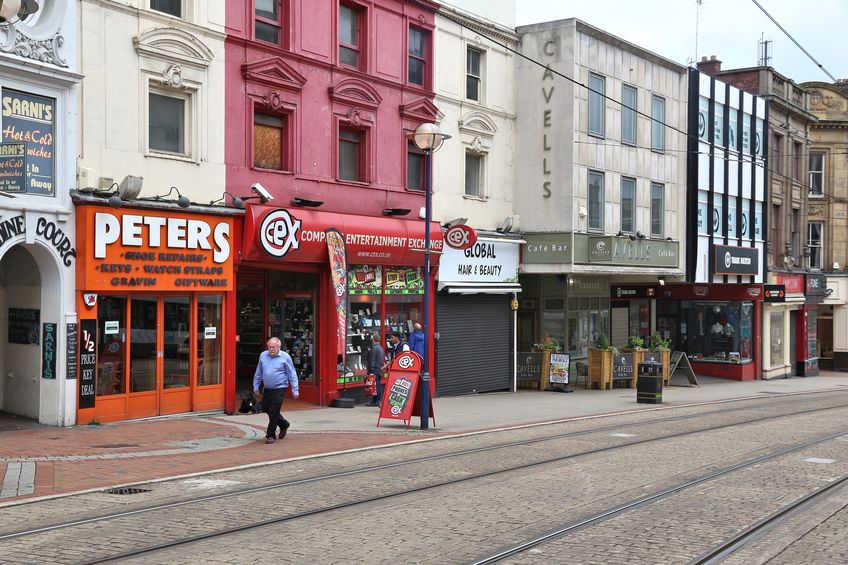 Need more information on how much does it cost to move house? Read this article.

Truly, this is a great reason to bite the bullet and relocate to Sheffield! We advise that you check out our moving house checklist as you plan your move. Additionally. this is definitely good news for the residents of Sheffield, whether they be students, young, or experienced professionals. To maintain these low living costs, most residents and students also rent out self-storage facilities to store their extra items.

By renting a unit, they can pay for a smaller house/room saving them a lot more money. Self-storage facilities are a versatile and cheap solution for various storage problems. Students also rent out self-storage facilities in Sheffield when they take a sabbatical or during their term vacations. This is easier and far cheaper than bringing all their belongings home. When they come back, all their stuff will be waiting for them, perfectly safe.

Employment and the Economy

Sheffield has seen a boost in its economy. According to studies, Sheffield experienced a 60% economic growth since 1997. The city, formerly a steel-making giant in the UK, has since shifted into a more diverse economy. Businesses in many different sectors have started setting up shop in in the city. This provides job opportunities to those who have just graduated, making it a perfect place to live at after University. It  also has a lot to offer in terms of employment. These jobs are predominantly in the service, finance, IT, public administration, distribution, hospitality, health and education sectors. However, jobs are also available in manufacturing, construction, transportation and the creative industries, among many others.

There is no question that Sheffield truly values education. The latest studies show that it currently has 138 primary schools, 37 secondary schools, 12 special and alternative schools and two nationally recognised major institutions.

More and more students are moving to Sheffield and studying in the city. The great thing is, unlike London, which is simply just too full and overpopulated, Sheffield can accommodate the increase in population. Moving to Sheffield is also not a downgrade in, as the University of Sheffield and the Sheffield Hallam University both provide quality schooling without burying you in decades of student loans. According to the UK rankings, the two universities rank as the 25th best and the 67th best university across the UK, respectively.

Studying in Dorset? Check out our student storage guide and ultimate guide to student moving checklist to make your move a lot easier.

Sheffield has over 80 green parks and 650 designated green spaces. These parks and gardens give students the perfect avenue for peaceful walks and unwind from the stress of university life. Having many of these around the town also reduces the pollution in the area. It has been proven by scientific studies that pollution affects people’s stress levels. This makes it the perfect place for students who deal with a lot of stress in school. 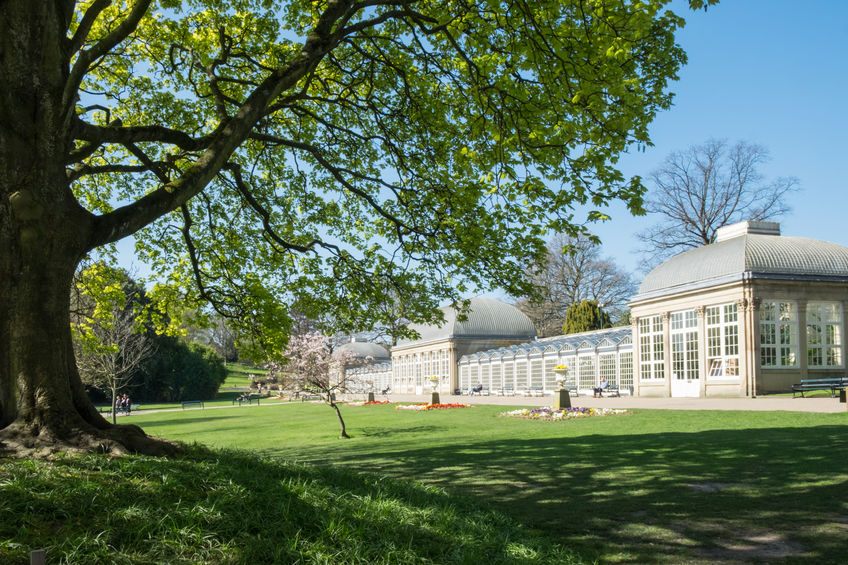 This, along with the many excellent primary and secondary schools in the city also make Sheffield a great place for a family with kids. Sheffield has a lot to offer in keeping your kids educated and entertained!

Sheffield’s architectural culture is a mix of modern buildings and rustic, brick houses. Its hilly topography makes it even better. The alternating ups and downs of the buildings make it a picturesque scene no matter the time of day. Residents and tourists alike agree that its beauty is inspirational and very Instagram-worthy, perfect for students who want a dose of relaxation time.

Music is a huge deal in Sheffield. That is very much evident with the amount of live music venues in the city including the Harley Hotel, Leadmill, West Street Live, the Boardwalk, Dove & Rainbow, The Greystones, The Casbah, The Cremorne, Corporation, New Barrack Tavern, The Broadfield Hotel, Redstone bar and nightclub, the City Hall, the University of Sheffield Students’ Union, the Studio Theatre at the Crucible Theatre, the O2 Academy Sheffield and The Grapes, among many others. On top of that, the city also hosts many a music festival that people around the UK come and see.

Lastly, aside from the many independent artists that come from Sheffield, several well-known bands and musicians like Joe Cocker, Def Leppard, the Arctic Monkeys, Bring Me the Horizon, Rolo Tomassi, While She Sleeps, Pulp, and Moloko all hail from the city

Sheffield is home to the world’s first ever football club, Sheffield FC, and the second, Hallam FC.  These two are known today as Sheffield’s two major non-league sides. The city also has to professional football teams, namely the Sheffield United, or the Blades, and Sheffied Wednesday, which are locally known as the Owls. These two clubs, which are known to be one of the fiercest football rivalries in English Football, compete at the Steel City Derby.

Globally recognised as the “Ale capital of the world,” Sheffield has become not just a student paradise but a drinker’s paradise. At night, it remains to be vibrant and active with the numerous bars all over the town. Whether you want a quiet, intimate meal and a pint of craft beer, or a crazy night out, Sheffield is the place to be. You can have an enjoyable night even for those looking to save money!

As part of the forefront of the British brewing scene, Sheffield pubs offer over 400 unique beers. Locals can choose where they drink, from traditional, rustic pubs to trendy bars. Great news for Sheffield residents, the prices are budget-friendly for everyone, even students!

So, if this is something that you are considering in your move, then Sheffield definitely puts a check on that box! 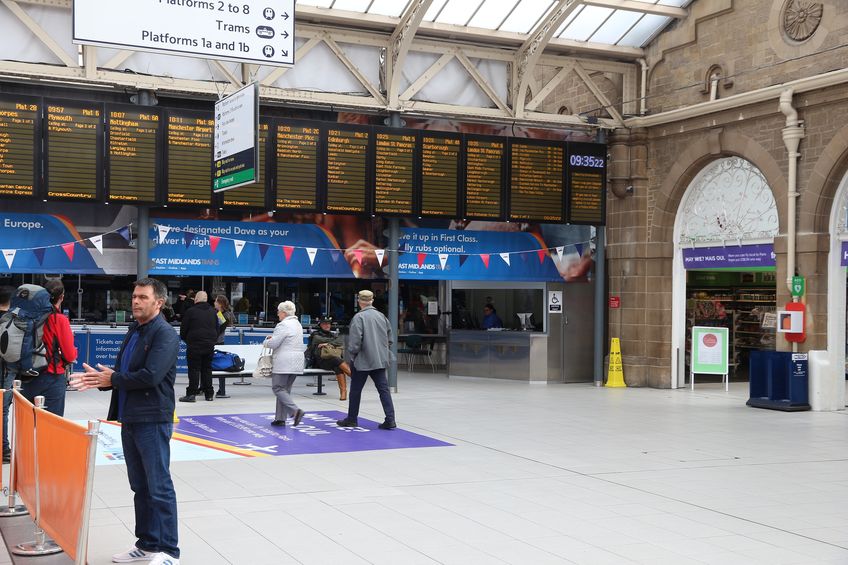 Is Moving To Sheffield Worth It?

In summary, Sheffield is a good place to live in if you’re a student or just graduated. It has great views that allow you to de-stress, quiet enough that it reminds you of the countryside but with job opportunities like The Big Smoke. The salary may be a bit lower, but with a lower cost of living surely makes up for it. If that, and the city’s extremely youthful vibe are appealing to you, then it’s safe to say that moving to Sheffield is indeed worth it!