Moving To Leeds? 5 Things To Know 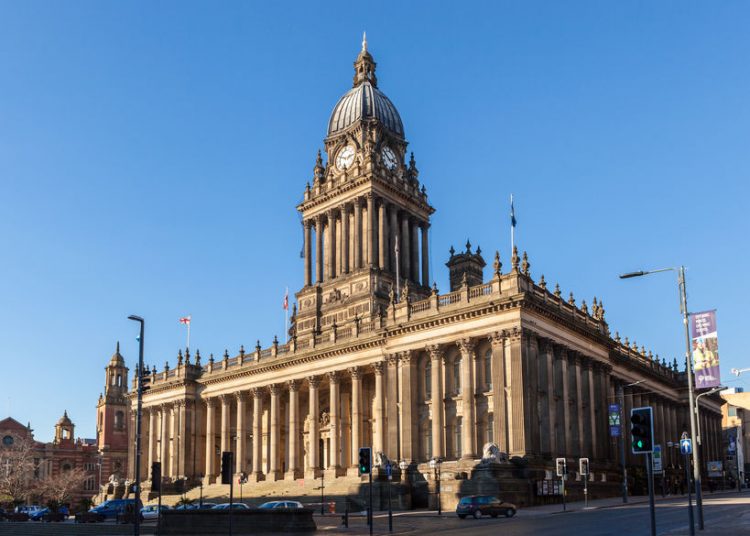 If you find yourself looking for other excellent opportunities outside of London, you can head north to Leeds. It is a city with an exciting mix of opportunities. If you are used to the hustle and bustle of the city, but are, ultimately, looking for something new, Leeds can be the place for you.

An Overview on Leeds

Leeds started as a wool trade hub in West Yorkshire back in the 17th century. From there it became an important trading centre for foundries, printing, flax and other major industries. Leeds may have changed its structures, but at the heart of it all, it stayed true to its roots. Leeds expanded and became a populated urban centre. In fact, Leeds is the 4th most populous urban area with over 2.6 million residents.

As people continue to leave London, Leeds continues to be an excellent alternative if you are after a cosmopolitan city. While Leeds can be pricey, it is cheaper when you compare it to areas like London, Manchester, Birmingham, Liverpool, Edinburgh, among many others. On the flipside, Leeds provide the city life without as much of a hassle as other cities. You can raise a family while still having a decent paying job that can afford a comfortable lifestyle. So if you’re convinced of moving to this city, then might as well check out our partner Removals and Man and Van in Leeds to help you out!

Things To Consider When Thinking About Moving To Leeds

If you’re thinking of relocating to Leeds, here are some reasons to help you decide: 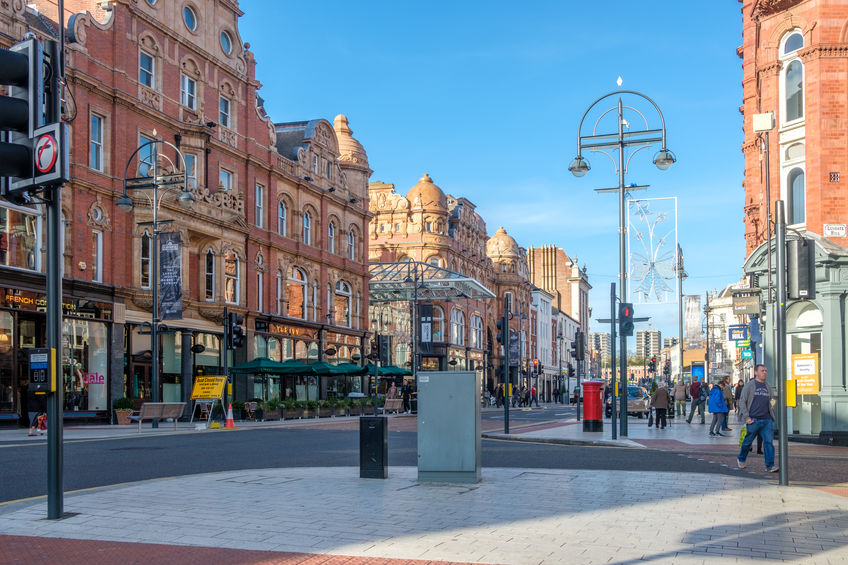 Leeds has the most diverse economy of all the United Kingdom’s main employment centres. It has also seen the fastest growth rate of private-sector jobs in any UK city. To add to this, Leeds has the highest ratio of public to private sector jobs of all the UK’s core cities. These diverse economy has resulted in Leeds being ranked as a Gamma World City, a recognition given to cities that are considered as primary nodes of the global economic network. Leeds offers numerous job opportunities to both young, up and coming fresh graduates and established professionals.

General safety is always a concern when moving to a new place. Leeds is no different from any other major city. It has its fair share of crime, but residents generally feel safe, barring from a few sketchy areas at night, especially for women. The city ranks highly for violent crime, anti-social behaviour, and public order violations.

You may want to exercise caution when you find yourself in Little London and Woodhouse, Hunslet and Riverside, Beeston and Holbeck, and Armley, among 15 other wards in Leeds. Hyde Park, Elland Road, and select areas of South Leeds are standout hot spots for violent crime. Hyde Park may be strategically located between the Leeds city centre and the University of Leeds, but it is best to steer clear of it after dark and to travel in groups.

Leeds is steadily improving its safety measures, and the statistics are starting to reflect that. When moving to Leeds, it is best to read up on the neighbourhoods first and play it safe. After you get to know Leeds a bit better, you can explore other areas.

Leeds is home to several major universities. It has the fourth largest student population in the country. If you are a student still looking for a university, consider relocating to Leeds.

The University of Leeds is one of the top 100 schools in the QS World Rankings. It has many notable alumni like author Sir Ken Robinson, academic Robert Anthony Welch, philosopher Paul Crowther, NASA astronaut Piers Sellers, Nobel laureate George Porter, and researcher Craig Jordan, among many others.

Besides the many achievements of the institution, the University of Leeds attracts students with its excellent student government and social activities. Its student union is the only one in the country to win two gold standards from the Student Union Evaluation Initiative. 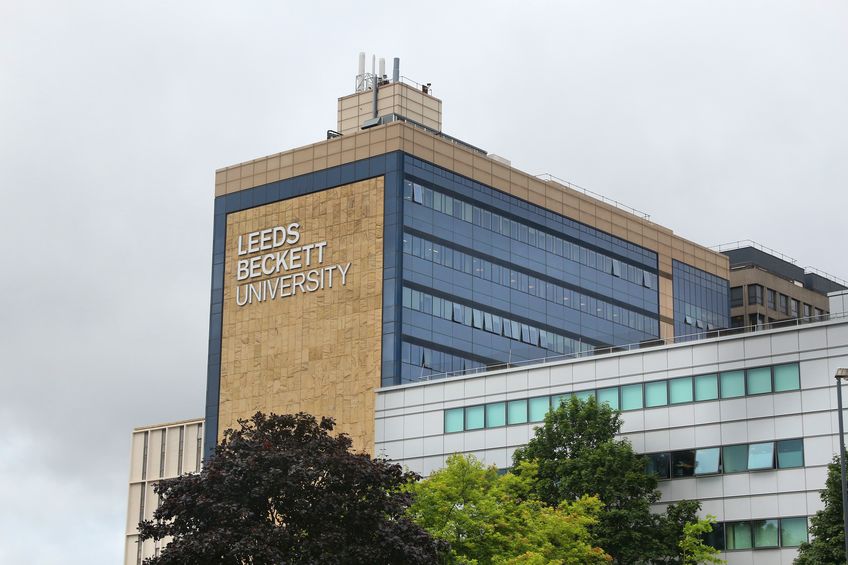 Leeds Beckett University is also one of the top universities in the world. It consistently short-lists for the HEA Global Teaching Excellence Award (GTEA) which seeks out the best higher education institutions. Students can find an extensive list of courses, an excellent research program, along with an active social scene with the many clubs and societies.

The Leeds Trinity University ranks within the top 25 for Student Satisfaction in the UK. It may be smaller compared to other institutions in the city, but it provides students with excellent work-study-play balance. It is one of the rising stars and can be a great place to discover new things.

There are many other colleges and universities in Leeds that cater to both domestic and international students. If you are looking for a place to jumpstart your career without compromising your personal life, Leeds can be a top choice.

Pro tip: University dorms may be a bit small for your taste so just rent out a storage facility to store the items that can’t fit. It would be cheaper than getting a big dorm room.

Leeds is known for its culture in the fields of art, architecture, music, sport, film, and television. It is the birthplace of notable people in various fields like art, philosophy, and television. As the largest city in Yorkshire, Leeds is also the headquarter for Yorkshire’s TV stations (BBC & ITV) and regional newspapers.

You will not lack a thing to do in Leeds. All-year-round, carnivals and festivals are happening, making Leeds’ residents happy all the time. The Leeds Carnival, for example, is Western Europes’ oldest West Indian Carnival, the UK’s third-largest carnival only after Notting Hill and Nottingham Carnival. This two-day event attracts over 100,000 people. These are just some of the many events that happen in Leeds. 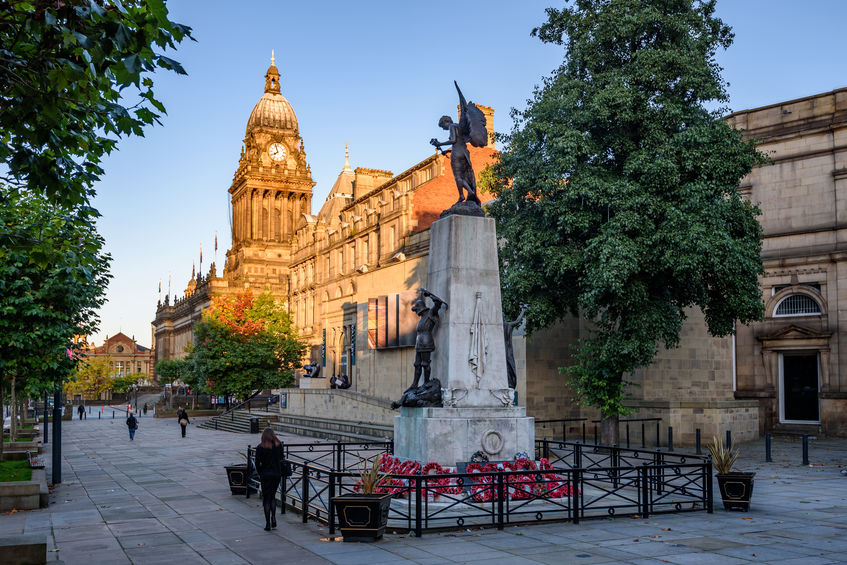 Property rates in the north of England are significantly cheaper than those in the central and southern parts of the country. If you are planning on moving away from London, then Leeds may be a very affordable area. However, among the 9 major cities in the north, that might not be the case.

The prices vary depending on the property types and residential area. Neighbourhoods in the north part of Leeds can be very expensive with Adel at £409,995, Bramhope & Pool-in-Wharfedale at £365,000 and Roundhay West at £310,000. The more affordable homes can be found in Leeds West with Armley & New Wortley at £95,000 and Farnley East at £110,000. Overall, young professionals and growing families can invest in homes in the area. It is pricey, but when you look in the right neighbourhoods, you are sure to find your ideal home.

Places To Live In Leeds

Every neighbourhood has its own vibe and community spirit. When you are moving to Leeds, it is best to relocate to an area that can be an extension of your home. Talk at length with your real estate agent about the key things you are looking for–they can best guide you through the process. For reference, here is a brief overview of the best place to live in Leeds:

Horsforth is on the top of everyone’s list as one of the best neighbourhoods in Leeds. It is a quiet suburban area popular among growing families. Horsforth is near excellent primary schools and secondary schools, so you don’t have to deal with long commutes. It also has transport links with a nearby train station. Residents can go around Leeds, York, and Harrogate with no problem. If you are after a tight-knit community, green spaces, and quiet lifestyle–Horsforth is the place for you.

If you happen to be a part of the significant student population, Headingley might be a better fit. Headingley has been the go-to place for students because of the local businesses, social haunts, and excellent transport links available. You can find restaurants, bars, cafes, and many other local businesses in the area. It also has two train stations nearby that make it easy to access the rest of Leeds, York, and Harrogate. One is located in the town centre and the other near Burley Park. With the new Victoria Square shopping area, Headingly continues to be a trendy hot spot.

Roundhayis a more posh suburban area. It has plenty of businesses nearby, so you don’t have to visit the Leeds city centre to hang out with family and friends. Roundhay also has excellent amenities, the most notable one being the Roundhay Park. This green space is a great place for a bit of fun and exercise. It is also a popular choice for live events and shows, so Roundhay residents can easily get first pick.

If you like the idea of Roundhay but are looking for a quieter place, Chapel Allerton can be another option. Chapel Allerton is a suburban area with plenty of local businesses nearby. You can easily access delis, cafes, pubs, and restaurants.

Or maybe the up-and-coming Meanwood is more of your scene. Meanwood is another suburban residential area with excellent primary schools, local businesses, and transport links. Unlike Horsforth, you don’t get the metro here. Its main connection is with the roads. If you have a vehicle, Meanwood can be an excellent choice.

If you want to stay near the action, you can settle in the Leeds Waterfront instead. It is in Leeds City Centre and located just along the River Aire. Besides the water views, you can easily access what Leeds has to offer–small boutiques, nation-wide chains, pubs, cafes, restaurants, even your workplace! It might not be the most peaceful neighbourhood, but you don’t need to suffer the long commute. If you do, you can use the public transportation system.

There are many other excellent neighbourhoods in Leeds. This section only covers the more popular options. 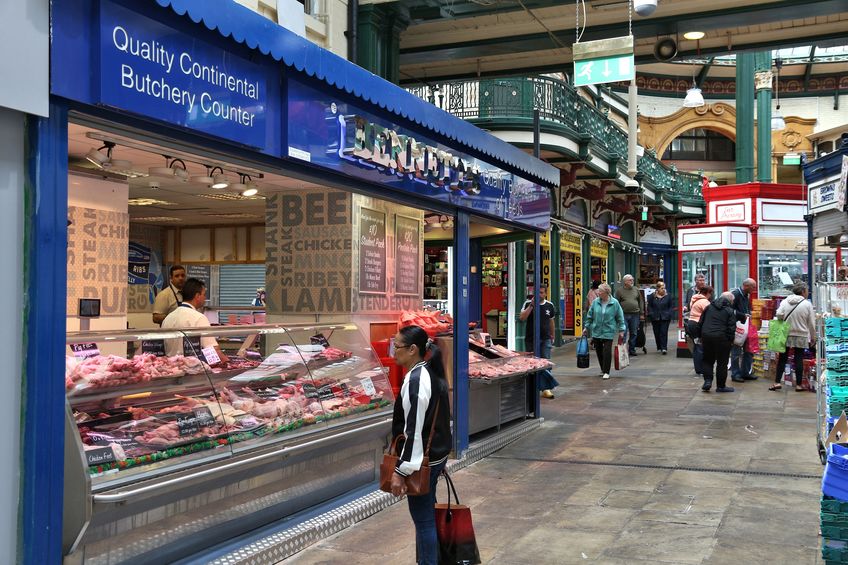 The primary factor in Leeds, attracting more and more residents is its lower living expenses as compared to the other major cities. Despite its high population numbers, the living expenses in Leeds are ultimately more economical than London, Birmingham, and Manchester. The decrease in average salary from moving out of London is compensated for the more affordable living expenses. The average price for groceries and the average cost of rent is significantly lower. According to studies, London is 165.49% more expensive than rent in Leeds and 285.43% compared to New York.

Most residents in Leeds go for multiple -bedroom flat and look for roommates to offset the costs. It makes it much more affordable to live in Leeds. However, if you don’t want to share your space, residents have found a better way to save up on rent when moving to a new city. They would rent self storage facilities and move into smaller homes. Instead of renting out large houses, they get smaller, cheaper places and then storing the items that can’t fit in self-storage facilities.