6 Benefits of Moving to Glasgow 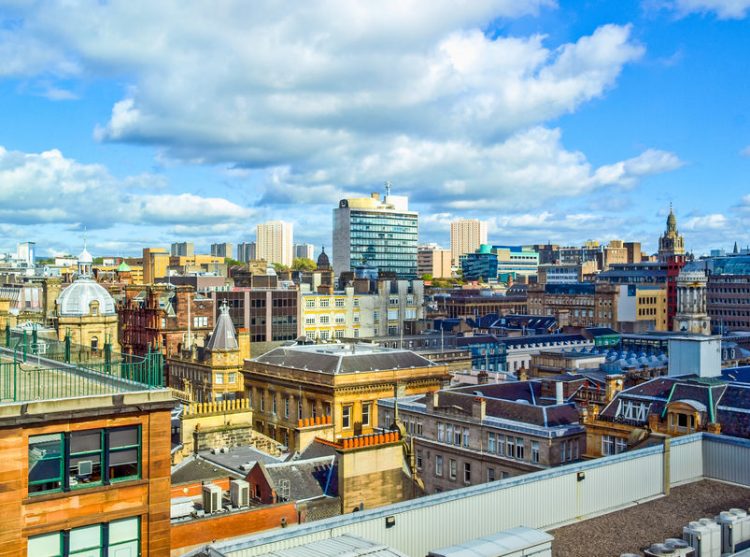 Are you thinking of moving to Glasgow? Glasgow has a perfect combination of the complexities of city life and the serenity that the countryside offers. As the biggest city in Scotland, Glasgow is where rural meets urban.

It has a thriving and diverse job market that presents numerous opportunities to most, much like other cities in the United Kingdom just like Edinburgh, the Scotland’s largest city, and London, but with the lower cost of living associated with the countryside.

Moving can be quite tricky and time-consuming, so here are some time-saving tips when you’re moving home. Make sure that you don’t pack at the last minute but just in case, here are our tips for moving last minute.

Much like other cities in the world, Glasgow offers tons of decent to high-paying job opportunities to both UK residents and expats. Glasgow remains to have the largest economy in Scotland, evolving from manufacturing to service-based industries. However, it has not turned its backs to its manufacturing roots altogether as many manufacturing company headquarters call Glasgow home.

Glasgow’s Financial District is also home to the top banks across the UK. Eight of the ten biggest insurance companies also have an office or a local headquarters at Glasgow. Other industries that are major contributors to Glasgow’s economy are the Higher Education and Tourism sector.

Glasgow also supports the creative industry. More and more young artists are moving to Glasgow because of the cheaper cost of living while still providing a stimulating environment. So in case you are convinced of moving to this city, might as well check out our partner Removals and Man and Van in Glasgow to make your move smooth and easy.

Most ex-Londoners transfer to Glasgow because of its lower cost of living compared to London. According to surveys, rent in London is 260.01% more expensive than in Glasgow in terms of average house price. Glasgow residents also enjoy a bigger space than what London can offer with a low budget. 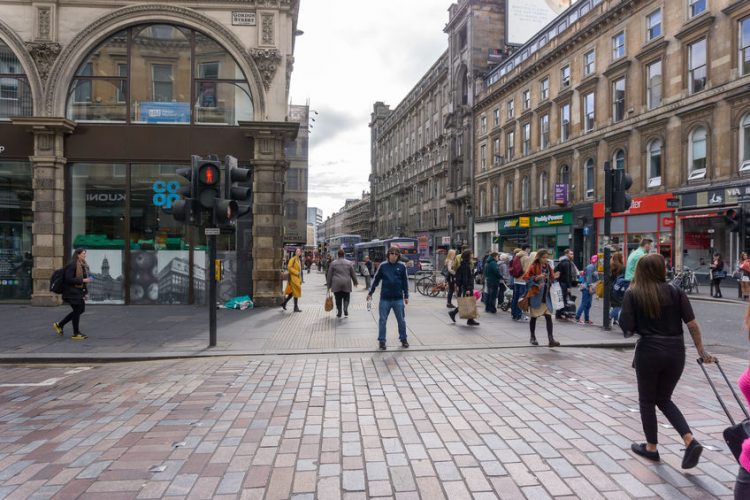 However, one saving technique that Glasgow residents employ is by renting out a self-storage facility where they store their extra items in. This ensures that they save up on rent on top of the already low living costs! For example, a 4-person family will only need to rent a 2-bedroom house instead of a 3-bedroom because most of their stuff is stored elsewhere.

This solution is cheaper as compared to renting out a 3-bedroom flat and transforming the third bedroom into a storage room. Likewise, if you’re moving to Glasgow alone, you wouldn’t need to find a place that would house more than what you need daily. 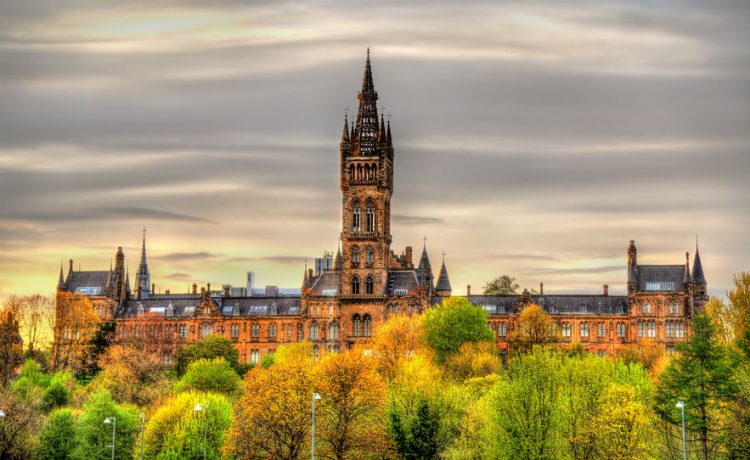 Education in Glasgow could not be better. It houses 4 top universities in Scotland: the University of Glasgow, University of Strathclyde, Glasgow Caledonian University, and the University of the West of Scotland. The Glasgow School of Art is also notable as one of the finest works of Glaswegian architect Charles Mackintosh. It is therefore not a surprise that there are a lot of students residing in Glasgow.

Are you a student moving to Glasgow for Uni? Check out our tips Ultimate Moving Guide for Students. 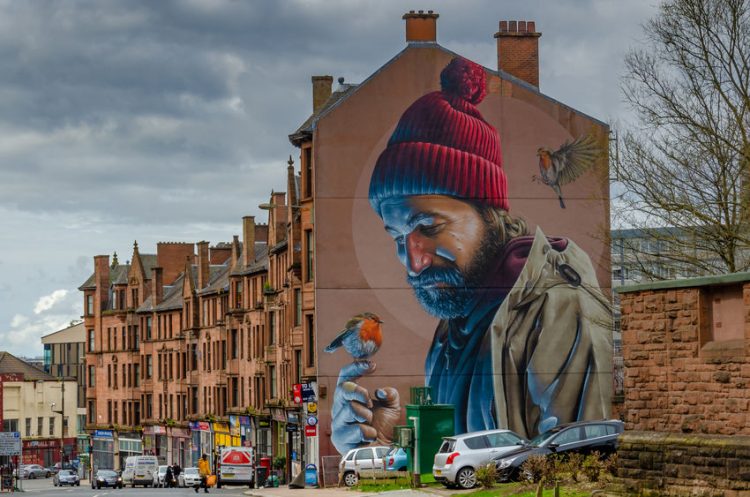 Glasgow has many art galleries and museums, like the Riverside Museum and Glasgow Museum, not just in the city centre, but all over town! The best thing? Entrance for most of these places is free! Enjoy going out on the weekends and experiencing a bit of culture and modern art in Glasgow without spending a pound.

Glasgow is also big on culture appreciation. It was hailed the European City of Culture in 1990 and has not failed to live by it up to this day. It has festivals all-year long celebrating pretty much anything under the sun – from music to drama to film, anything they can think of.

More than their Scottish accent and the Commonwealth Games, Scottish people, and more specifically people in Glasgow are friendly and lively people so it won’t take long before you feel at home, whether you’re living in the East End or the West End.

More specifically, you will find a district called Merchant City at Glasgow’s East End. This district houses designer boutiques and stylish cafes all a minute’s walk away from each other. Merchant City also hosts several festivals throughout the year, including ones for street art, food, dance, live music, fashion and design, visual arts, heritage walks, and many more.

Meanwhile, Glasgow’s West End is associated with the posh and glamorous. It has rows of elegant townhouses, as well as coffee shops, tea rooms, bars, boutiques, upmarket hotels, clubs, and restaurants around Kelvingrove Park. The West End is also home to Kelvingrove Art Gallery, as well as Great Britain’s largest exhibition and conference centre, the SEC Centre.

Almost anyone who has lived in Glasgow has a preference between the city’s two football teams. The rival sides have one of the longest-running competitions around, butting heads since their first meeting in May 1888. It has gotten the name The Old Firm because of its history embedded in Glasgow culture.

Both teams went through its fair share of victories and losses, both in-game and outside the playing field, all of which had the entire Scottish community watching. Residents swear that a full derby game is one of the best ways to welcome a newcomer.

What football team you support, though, does not change the fact that the people in the city of Glasgow have a strong sense of community that translates to its ever-vibrant nightlife.

The nightlife in Glasgow will not disappoint newcomers. Glasgow, much like the rest of Scotland, is known for being heavy drinkers. It offers the nightlife that city people crave with its number of pubs and clubs all around the corners. Good news for your bank accounts, drinks in Glasgow are way cheaper compared to the drinks in London. 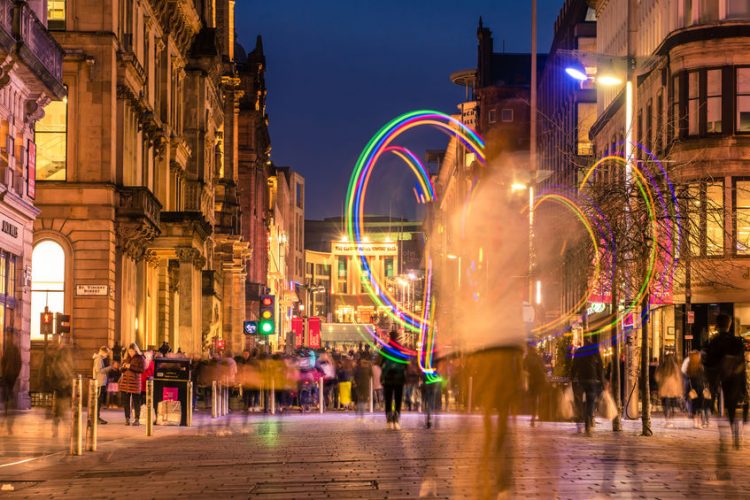 So if you’re looking to have fun and save money at the same time, that’s something you definitely do in Glasgow! Look out for old pubs that still play traditional Scottish music. They serve the best drinks and food around Scotland. This means your nightly walk home will be filled with bright lights, amusing sights, and lively music!

Don’t worry, though. There is an alcohol curfew after 10 PM, which means that you can’t buy alcohol in groceries and supermarkets anymore. Clubs and Pubs are usually open until 3 AM, though. This ensures that the noise does not disturb the residents who want to go to bed early.

What Else You Need To Know

There are some things you will only learn when you move to Glasgow for real. However, to give you some more knowledge about life in this amazing city, here are a few more things you might want to know about:

Travelling around the city of Glasgow is not as difficult as it may seem, being the largest city in Scotland, only bigger than the capital, Edinburgh. It has an efficient Subway system that makes it extremely easy to get around the city centre. You won’t even have to worry about running too late, as it runs every five minutes, and gets you around the whole circuit in just 24 minutes! Glasgow also has a bus system that operates on over 80 routes daily. And if riding the bus is not your thing, you may also opt to ride a taxi where you’ll surely find the friendliest taxi drivers in the world!

Just like all the other cities in the UK, the city of Glasgow requires all its residents to make monthly payments to the City Council for the council tax. The council tax includes the tax on domestic dwellings by local authorities, as well as your water and water waste bills. The tax amounts vary depending on your assigned on your Tax Valuation Band. These are classified depending on your property’s value on April 1, 1991, or how much it would have caused on the aforementioned date.

The Glasgow City Center, which lies north of the River Clyde has the George Square in its centre. It is lined with both Victorian architecture and modern skyscrapers and offers the best shopping experiences outside of London.

If you’re looking for places in Glasgow where you may live, here are some options you may want to consider:

So, now that I’ve given you some moving advice, a few useful tips, and a list of things to know before moving to Glasgow, are you convinced to make the move?

Rent out a self storage facility in Glasgow to safely store your items in while you sort it out. Also do not forget to check out the Glasgow City Council’s website for anything else you will have to learn when you move.