Find and Reserve a Storage Unit Near You

Do you need Removals or Man and Van services?

Let us give you a call

WhatStorage? Is the U.K’s largest online marketplace for Self Storage facilities.

Whatstorage.co.uk finds all the self storage facilities near you for easy comparison. We have partnered up with storage facilities in over 52 cities across the UK to create a comprehensive list from business storage to personal mini storage units. It doesn’t matter what your storage needs are, we will provide you with the best deal possible!

Compare All Storage Units in One Place

No need to constantly type “self storage near me” to see different results. With WhatStorage?’s advanced search filter tool, you can locate and compare the cheapest or closest storage units near you all on one page! Finding storage units has never been easier.

Best of all, WhatStorage? lists all units available by price, size, amenities, and location. This means that you won’t need to call and visit every site just to see if it suits your needs. Once you find the self storage facility of your dreams, you can make a risk-free reservation online or by phone.

How does it work?

Compare all your storage options nationwide in one place.

Browse and compare self storage units by price, distance and amenities.

Pick a move-in date and reserve a storage unit. The facility will confirm your booking.

We have a wide range of personal self storage units available. Perhaps you are in the process of moving home, de-cluttering, traveling or just need more space, whatever you need it for we can find the right self storage facility for the solution that works for you.

We can help you choose the right unit size so that you’ll only pay for the space you need and the length of your stay is completely flexible, meaning there are no fixed term contracts so you can keep your space for as little or long as you need.

We specialise in Self Storage marketing & on-site conversion rates

Increase your move-ins with R6Digital.

When you partner with R6Digital, you are also saving up on PPC and advertising costs.

Since signing up with R6Digital, our partners have seen hundreds and thousands of digital traffic with a low bounce rates and high conversion rates.

We have a variety of storage solutions for your business, large or small. Need to store files and folders, spare office furniture or excess stock? We can help you find the storage units available to match your business storage requirements.

From small lockers to large-scale commercial self-storage units, we can help you find the right option to fit your requirements.

We can provide you all the packing materials you need for your move. We provide packing boxes, padlocks, tapes and more.

The UK Self Storage Industry

The UK Self Storage industry is one of the biggest in the world, coming second only to the US helped popularised with hit TV shows such as Storage Wars. Surprisingly, British residents rent 9 times more storage space than the Germans, and 4 times more than the French, causing a serious boom in the UK’s self-storage industry.

As stated by the property advisory company Cushman & Wakefield, the UK is now home to nearly 50% of Europe’s storage units with 42.2m sq. ft. of lettable self-storage space. Interestingly enough, the continuing increase in demand far exceeds the supply.

Just this past year, the UK saw an explosion in the self-storage sector with 24 new self-storage posts being opened – the highest number in any European country. Tenancy grew by approximately 3% in 2016, even with more self-storage units being built.

Just recently, WhatStorage has also started up with professional moving companies within the UK to provide removals, as well as Man and Van services to assist you when you transport your items to a storage facility, or move into a new place.

8 Reasons Why You Should Move to Dorset

Are you thinking of moving to Dorset? Or maybe you’re just looking for places to move and is…

How Much Does It Cost To Move Houses?

Are you planning on moving houses but unsure about where to begin? Or how much it would cost…

It’s common knowledge that moving is an extremely tough and herculean task, especially when done alone. However, it… 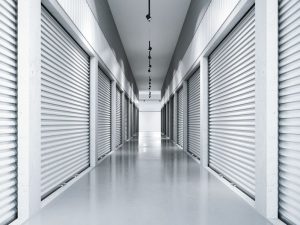 The prices of Self-Storage facilities vary. It can cost from a few pounds a week to hundreds of…

Moving to London is something that millions of people around the world dream of. For most, it is… 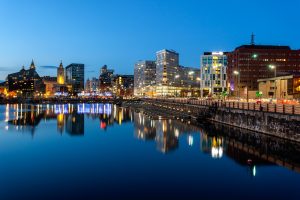 Pros and Cons of Moving to Liverpool

With the city of Liverpool’s economy experiencing considerable economic growth, many are thinking of relocating to Liverpool. Liverpool…

READ MORE
Do NOT follow this link or you will be banned from the site!